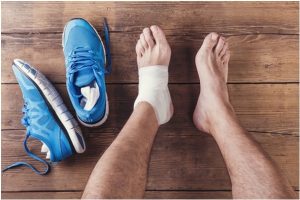 Mr. G was referred to me after his left ankle had been hurting him for two months. The first physician he went to thought he had cellulitis, an infection of the soft tissue underneath the skin. But antibiotics did not help the otherwise healthy 60-year-old.

The next doctor he saw thought he might have gout, a form of arthritis caused by deposits of uric acid in the joint. Gout attacks usually last several days and then go away, but Mr. G’s pain persisted for two months.

I was told X-rays did not show a fracture. He had no symptoms to suggest a systemic form of arthritis such as rheumatoid.

Examining him, it was clear that his ankle was swollen and very tender. My first action was to order an MRI to look for structural damage such as a torn ligament.

But his insurer denied the MRI, declaring I would need to talk to a physician on its staff in a “peer-to-peer” review. I thought it would be straightforward to get the approval, but the doctor (who was not a rheumatologist or orthopedist) informed me that Mr. G must have physical therapy before getting an MRI.

When I asked why, I was told, “Because some patients get better with PT.”

I was livid and informed the insurance doctor it was inexcusably poor judgment to ask my patient to go to PT without knowing the structural anatomy of the joint. Nonetheless, I was rebuffed again.

An appeal would take weeks, and he was in severe pain now.

I explained the situation to Mr. G, and we reviewed our limited options. We agreed that he would go to PT for one visit.

As we expected, the therapist confirmed that he was in too much pain to even attempt PT.

So the insurer ultimately approved the MRI.

The result: The MRI revealed a fracture of the fibula, the smaller of the two bones in the ankle. Sometimes, such breaks don’t show up on an X-ray.

I referred him to orthopedics, he was casted, and he did very well. Two years later, he has no ankle pain.

The question raised in this case is how to balance cost decisions with patient-care decisions – and who should decide.

With health-care costs skyrocketing, we must be judicious in our use of resources. But blind devotion to insurance guidelines without regard for individual patients can compromise patient care. Because insurance companies pay for care, they are controlling how health care is delivered, but too often their focus is on large groups of patients. Cutting costs is important, but not at the expense of patient care.

We must find a proper balance between individual medicine and population medicine if we are ever to have truly great health care for our society.