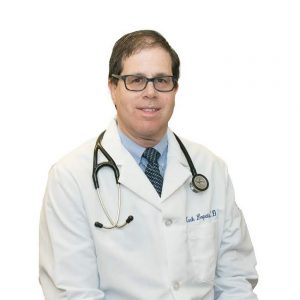 Who should make your medical decisions?

My patient was upset as she informed me that she could not get her medicine. Her insurance company had denied it again because it needed prior authorization. No big deal. This happens a lot. Except that this was a medicine she had been on for the last 6 years with good results and this was the fourth time that she had to go without the med until the insurance company approved it. I would have to write another letter of medical necessity to justify why she needed this medicine, even though it had already been explained three times previously.

So the question I pose, is why do I have to spend so much time justifying the care that my patients need?

The issue is prior authorization, where the insurance company, a third party in my exam room, must approve the treatment before the patient can receive it. The process starts with office staff submitting information to the insurer. If care is denied, then I must write a “letter of medical necessity” explaining the rationale. If that fails, then a “peer to peer” is required, where I try to convince an insurance doctor that the care I prescribed is appropriate. The insurance doctor is rarely in the same specialty as me and will make decisions based on cookbook “guidelines” that may not even apply to my patient.

Welcome to cookie cutter, one-size-fits-all health care. Can you imagine going into Baskin Robbins and finding out they had gotten rid of 30 of their flavors because most people like vanilla? This is where we are headed, to a place where population medicine rules and individual patient needs are thrust aside. And getting rid of the insurance companies does not solve the problem, because the government would then take over the prior authorization process.

So what are the solutions? First, we need education of patients and transparency as to what insurance policies cover. Second, “guidelines” should not be mandates. Third, insurers should provide transparent rationales for denials, other than that “it does not meet our guidelines” Lastly, all peer to peers should occur via a physician in the same specialty as the treating physician.

Insurance companies have every right to determine coverage based on financial considerations. However, as soon as the medical facts of the case become part of the decision making, the insurer is then practicing medicine without ever having seen the patient. In that setting, I feel they should be held accountable for their medical decisions, just as I am held accountable for the medical decisions I make.

Legislation has been proposed but not yet passed to streamline the prior authorization process. Even more important would be legislation that dictates that decisions made by insurers based on the medical facts of the case are, in fact, medical decisions and should be held to the same standards as the medical decisions that practicing physicians make every day.

Now all we need is a brave legislator willing to put forth such a bill.

How Prior Authorization Delays Care and Frustrates both Patients and Physicians

How Prior Authorization Delays Care and Frustrates both Patients and Physicians with Dr. Mark…